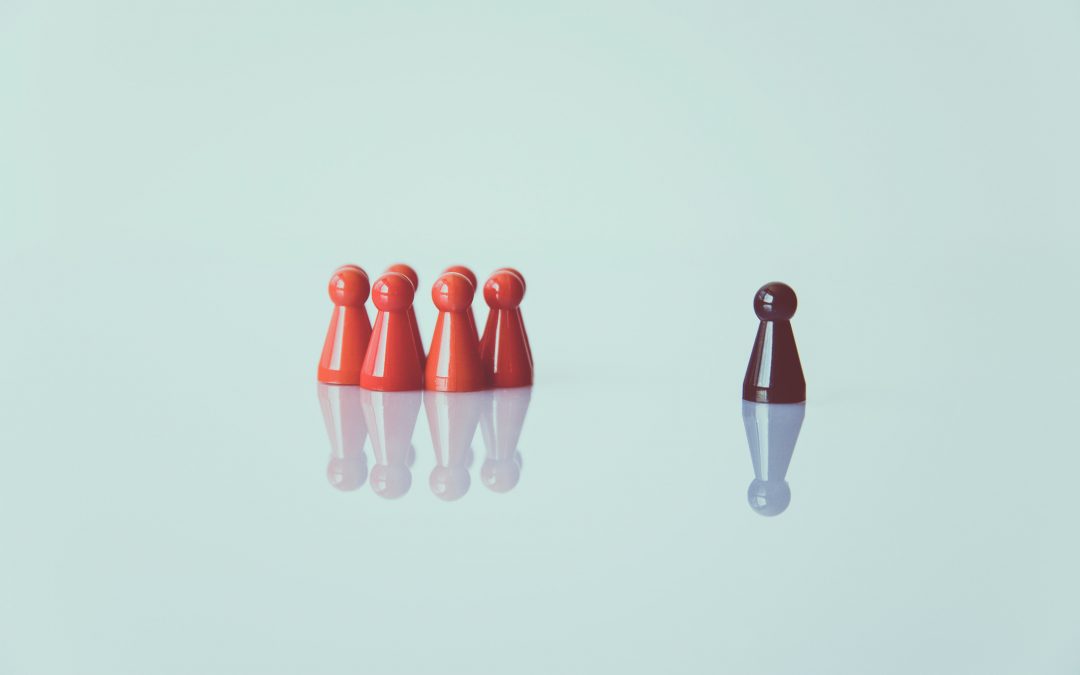 This new GRA sub-project The Dynamics of Racism and COVID19 – aims to explore racism in ourselves and society, continuing an existing GRA project, with particular reference to COVID19.

The blog will be updated regularly and make reference to basic assumption behaviour, the role of familiar socio-analytic mechanisms of splitting or ‘othering’, denial, disavowal and other dynamics and the exposure of these in the response of Australian and other international communities to the pandemic.

Since Australia’s Royal Commission into Aboriginal Deaths in Custody in 1991, 432 Indigenous Australians have died in police custody. Our First Australians comprise 3% of our population, yet make up 28% of the population in our prisons. Racist policies and practices have led to these and other appalling statistics. There are some who would contend that racist policies and prejudices are not the cause, but that reasons of biology are. Some of these same people may claim that they are not racist. How might one constructively examine this further?

Socioanalysis would encourage us to look for and uncover the racism in ourselves, an endeavour that Group Relations Australia has aimed to explore through this racism project. Socioanalysis helps us identify, unmask and explain (but not justify) racist behaviour and policies in ourselves and our societies. A socioanalytic approach would examine what it is that a person might be unconsciously projecting into the person of the other race that cannot be acknowledged and worked through themselves. Socioanalysis would also seek to understand how cultural and other assumptions play out in the way that groups undergo a task or formulate a policy, and how racist policies endure. It would aim to understand how groups of people who share similar identities might exercise power over other identity groups, how particular groups might be scapegoated, and help us identify the ways that groups of human beings act when they feel anxious. These tensions are often brought to the surface extraordinarily powerfully at group relations conferences, but we can see them around us in our workplaces and communities if we care to look for them.

Looking for the racism in ourselves is confronting. It is easy to avoid. Not noticing the racist in ourselves, or denying that it exists in the first place, is less confronting for us – whomever we are. Sometimes, it is convenient for us to say that “I am not a racist”, a seemingly neutral stance that suggests that we do not hold racist ideas or beliefs. But is saying that I am not a racist enough if I have a desire to help create an equitable society? What other language is available for my use, that shows that I do not support racist policies, practices and ideas? The ideas of Ibran X. Kendi’s How to be an Antiracist, are providing me with food for thought.

Kendi’s concept of “antiracist”, and how he distinguishes it from a stance where we declare that we “are not racist”, complements the socioanalytic focus of helping us uncover the ideas that we unconsciously hold, privately think, and which we may unconsciously project onto others. As Kendi writes:

His concept of the “antiracist” provides a pathway for me to access my agency that is one antidote to the sense I sometimes feel of being unable to meaningfully act when I say that I am not a racist.

What socioanalysis and Kendi’s antiracism have in common are that both are practices where observing our thoughts and actions is key. Kendi argues that being an antiracist is always a continuous experience – a becoming. It is always a work in progress because it requires us to be vulnerable, open, humble, and able to admit to the times when we are being racist, no matter who we are. Being an antiracist means that I have permission to be fully human, to make mistakes despite the best of intentions. Being an antiracist also means challenging and trying to change those policies and systems that create and perpetuate inequity.

So in relation to the opening statistics about Australia’s First Nations People, we could use Kendi’s antiracist vocabulary in the context of perceived biological differences between races. (As an aside, Kendi points out that the concept of there being different races is a creature of the Age of Enlightenment in the Eighteenth Century. Carl Linnaeus, the Swedish botanist created a racial humankind in his Systema Naturae. I was rather embarrassed to read this, being of Swedish origin. But, as Kendi’s framework suggests, it would not be helpful for me to feel embarrassment or guilt at this Swedish association: I am not a race representative and I am not responsible for what Linnaeus wrote. Although, I should note that I benefit from racist policies that exist in Australia, because I am a white person.) Holding the view that a person’s biology is the cause of their position in life is, by any account, a view that is racist, because it is based on the premise “that the races are meaningfully different in their biology and that these differences create a hierarchy of value.”

I am considering how I can be an antiracist, rather than someone who tries not to be racist; in Kendi’s language, “one who is supporting an antiracist policy through their actions or expressing an antiracist idea.” I could start with expressing publicly a “biological antiracist” view (also defined by Kendi): I believe that races are meaningfully the same in their biology and there are no genetic racial differences. We are human beings made up of over 60 elements including such things as oxygen and calcium. We all want to feel safe and healthy, feel connected to others, be valued for who we are, lead a purposeful life and experience a dignified death. That’s a lot to have in common. However, I will keep trying to identify the racist in me and in others so that we can strive to see each other as fully human.

This blog came about after my hearing an interview where Dr Kendi was interviewed by Brené Brown. The opening statistics are from the Australian Human Rights Commission that you can find here. For those interested in Dr Kendi’s thinking, you can check out his TED talk here or read his works.

Kristina Karlsson is a GRA Member who works as a systems psychodynamically trained organisational development practitioner in the public sector.

Previous posts in this series:
25/10/20
Racism, Trust and Mistrust in Organisations
Ross Williams

7/9/20
Are we all in this together?
Zoom discussion and presentation

27/7/20
Racism and its Roots in Ideology
Stan Gold